A downloadable game for Windows and macOS

Deep underground, a government science facility lies dormant and abandoned. But when a man wakes up from being held in stasis, he must face whatever technological horrors caused the facility to shut itself off from the surface, and make it out alive.

In this first person exploration game, you will find audio cassettes left by the scientists who once operated the establishment. Use the clues you can find to get out alive.

Made in two months for the Haunted PS1 Game Jam!

Hi! Why can't I download this game? I really want to play it. (Sorry for my bad English)

Hi, i ve just played take a survey and am about to play this aswell and i want to say that the horror games you make here seem really cool keep it up man!

I am starting a YouTube channel based around playing indie horror games, and this was one of the first! You can find my video here:

I am a game developer, so I understand how important it is to get critical feedback from players, no matter how experienced you are. So feel free to take a look at my notes and opinions below!

This was honestly a really cool experience! I liked the atmosphere and overall idea of the game. The T.V. monster however, was unfortunately just not scary. I don't think this game benefited from having a "final boss" style monster.

I found that I was mostly scared during the early stages of the game when simple scares were happening. The Future Pizza was a fun little addition but I wish that it contributed more to the gameplay. It would have been fun to have some more interaction with the Future Pizza!

After you turn on the first set of lights on, I feel like the game really calmed down and lacked any future scare factor. Turning on the lights and keeping them on really seemed to make the environment way too friendly and feel way too safe.

After I had turned on most of the lights, I started to forget that I was playing a horror game right up until the ending.

I didn't really like the ending. There were a few good scares leading up to the ending, but then a dude with a T.V. for a head locked my mouse and kept killing me for seemingly no reason. It didn't seem like a feature. I noticed that other people were commenting about the mouse locking, but once I found out that it was a feature and not a bug, I was a bit more disappointed. I still managed to get to the end, but I felt like I had to find a way to cheat the system to have a chance at winning.

The camera locking mechanic just didn't make sense, and the fact that he can lock onto you through walls just made the experience feel more buggy. Thankfully, it was still possible.

I honestly loved the way you did the credits. Riding up the elevator to safety while the credits roll by looked incredible.

Of course, most of my criticism seems negative, but don't get me wrong, this was a great experience! I loved the atmosphere especially in the beginning. The whole way through I felt a sense of progression despite the open-world feel of the game. The facility's layout (although it didn't make much sense) was great and I never got lost.

Of course there may have been some technical issues like lack of optimization due to the overwhelming amount of lighting that needed to be processed as the game went on, but these are polish details that I would never expect from a game jam game!

Overall, great job! This is really impressive and expansive for a game jam! It was a great little addition to my list of indie horror games!

Thanks for all the great feedback! Honestly, the mouse locking thing had a lot of difficult decisions behind it. I considered making it not lock when he’s behind a wall, which was easily implemented, but then the issue became: “How do I snap the player’s vision back to locked when it’s no longer behind a wall?” If it only became locked the moment you looked at it, then it would be too easy for the player to just not look at the monster and run to the elevator. So I designed the level in a way where the entire gimmick is that you have to walk backwards to the elevator. I had to make sure the path to it wasn’t too complex.

But at the end of the day, it was my first real 3d game. It has tons of other flaws, such as optimization issues and bugs, but I learned a ton through it, and through my mistakes. I’m glad you enjoyed it for what it is!

hey buddy great game looks good but needs optimization the fps are low will it have an update?

Thanks! I'm sorry to say I have not planned to update the game. I'm aware of many of the optimization issues, I've learned a lot more about making games with Unity since then. If I were to do anything relating to it at all, it would be remaking the game from the ground up lol.

Thanks for the feedback!

i cant find out what platform to download this on. more details are when i download it and check files it doesn't show where to click to play the game

2. (If you have a Mac, you can skip to step 3) Make sure you have WinRAR, 7-Zip, or a similar archive software installed.

4. Now either drag-and-drop or extract the folder inside anywhere you want.

i have a dell chromebook

Then in that case you have a modified version of Linux. This means that in order to play this game you either need to:

(a) Install a Virtual Machine and have it run Windows/Mac.

(b) Use a bunch of third-party programs that allow you to run Windows/Mac programs. Just Google, "how to install windows games on chromebook" and you'll find dozens of options.

(c) Beg the developer to create a version for Chrome OS.

Hope it works for you.

i need help, i am on a Dell laptop and i can't find out how to actually play this stuff. Can you guys help me?

Its a really great game. Just I have one question: can we access our save file(s) and if so where is it located?

It was really short, i really enjoted it while it lasted. Nice graphics, i didn't see a lot of story, too short. Good game!

The TV guy didn't even appear for me at the end.

I just flipped the last switch before pressing the button. After that I just walked straight to the lift.

Thanks for letting me know! I've seen this happen to a YouTuber as well, and I honestly have no clue what causes it. I don't really have any plans to update the game right now, but if I end up figuring out what causes this bug, I will definitely wrap it up with a few other fixes and update it.

Great game, I did a speedrun of it

Thanks for playing my game, along with all the other great jam games!

Funnily enough, the camera "bug" isn't a bug at all. In fact, the other people who have played my game encountered a bug that made it NOT happen! The TV has the power of hypnotism, so once it locks onto you, you cannot look away. The challenge is making sure you know how to get back to the elevator while being chased down.

As for the other issues, there are graphics options in the settings menu. The control issues you had are due to having the graphics options set too high, which causes lag and input stuttering. In the event that you set them in the main menu but they didn't work in game, they likely got reset upon loading the game, and you simply have to change them from within the game (this would be a bug I'm aware of, but cannot update due to the nature of the Game Jam). Other people have had a similar issue, some much worse than what you experienced. 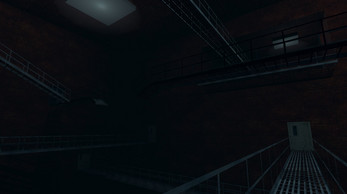 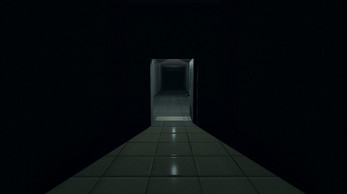 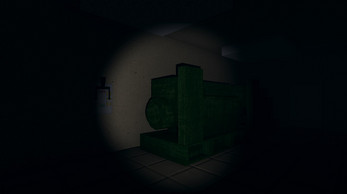 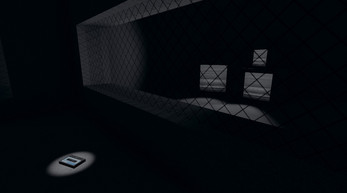 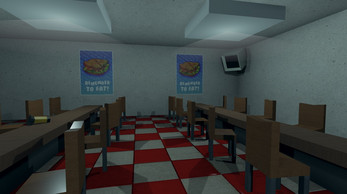 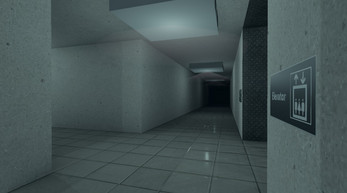 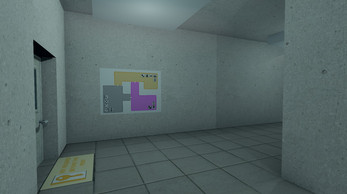